Let’s talk about corn. There is often confusion regarding this very common food and where it falls on the FODMAP scale. Corn is one of those tricky foods – fresh corn can easily be high FODMAP in moderate portions, while many processed corn-based products such as corn tortillas, corn chips, corn flakes, cornmeal, and popcorn are low FODMAP. And those little baby corn found in a can are also low FODMAP. Trust me, this is a little confusing even to a FODMAP trained dietitian.

Arguably the most common corn variety, sweetcorn is often referred to as corn on the cob and sometimes pole corn. Sweetcorn contains excessive amounts of polyols, specifically sorbitol, so it is important to limit your intake during the elimination phase.

This type of corn is well known for its natural sweetness thanks to the sorbitol content. Sweetcorn is harvested when the corn is still immature, which is known as the milk stage.

Dent corn is a type of field corn often used to manufacture food products like chips, tortillas, and taco shells. All of these corn-based products are low FODMAP aside from those containing high fructose corn syrup.

Unlike sweetcorn, dent corn’s mature, dried corn kernels must be milled before they are suitable for human consumption.

Flint corn, also called Indian or Calico corn, is a hard, dried, mature corn that is brightly colored. It contains a very hard outer shell and the sugar content is very low. Flint corn is used often in hominy, masa, grits, and polenta – all of which are low FODMAP.

Flour corn is a commonly used corn found in several corn products and sometimes consumed as intact kernels. Flour corn contains a soft starch that is very easy to grind into finer cornmeal than other corn varieties. This variety of corn is used to make fine corn meals, hominy for tamales, tortillas, hominy (whole kernels are used), and elotes. Canned and drained hominy is low FODMAP at ½ cup or 90 grams.

Popcorn, a scrumptious low FODMAP snack, is made from a different type of corn… you guessed it, popcorn. It is actually a type of flint corn but varies in size, shape, and higher levels of moisture allowing the kernels to “ pop” when heated. Popcorn is a perfect fiber rich snack that is low FODMAP up to seven cups.

Keep it simple with butter and salt or maybe top with nutritional yeast. Watch out for sweetened popcorns as they may contain high fructose corn syrup. Many of the cheese flavored options contain whey or dry milk protein making them too high in lactose.

Want more snacks? Check out our post: 10 New Low FODMAP Products to Spice Up Your Pantry

Waxy Corn is also a type of field corn. This contains no starch, only amylopectin (large branch of glucose units). Waxy corn is found in thickeners and maltodextrin –  both low FODMAP ingredients.

Dent, flint, waxy, and flour corn are considered field corn which means they are actually considered grains or starches, not vegetables. Sorry to say, we can not justify those corn chips as eating our vegetables.

Starches are not considered FODMAPs, hence the reason for the FODMAP content variance.

How Field Corn is Processed

You may be wondering what corn truffles or cuitlocoche are on the Monash App? Well despite the name this is actually a fungus that grows on corn and  is considered a Mexican delicacy. Feel free to enjoy this low FODMAP food.

Corn Products to Approach with Caution

This specific fiber has not been tested by Monash. There are some concerns that these isolated fiber sources can cause gut distress in some sensitive individuals. However, based on clinical experience, a little corn fiber in a gluten free bread or cereal appears to be well tolerated by most.

As a quick personal note, I was born and raised in Indiana with corn fields all around me. I absolutely love corn on the cob, specifically bicolor sweet corn. Polyols are one of my FODMAP triggers, and it is so hard for me to limit my intake of this delicious vegetable.

Pair corn with another sorbitol rich fruit such as watermelon (also high in sorbitol) and you have a polyol bomb and a pretty bad belly day if you too are sensitive to this FODMAP group. 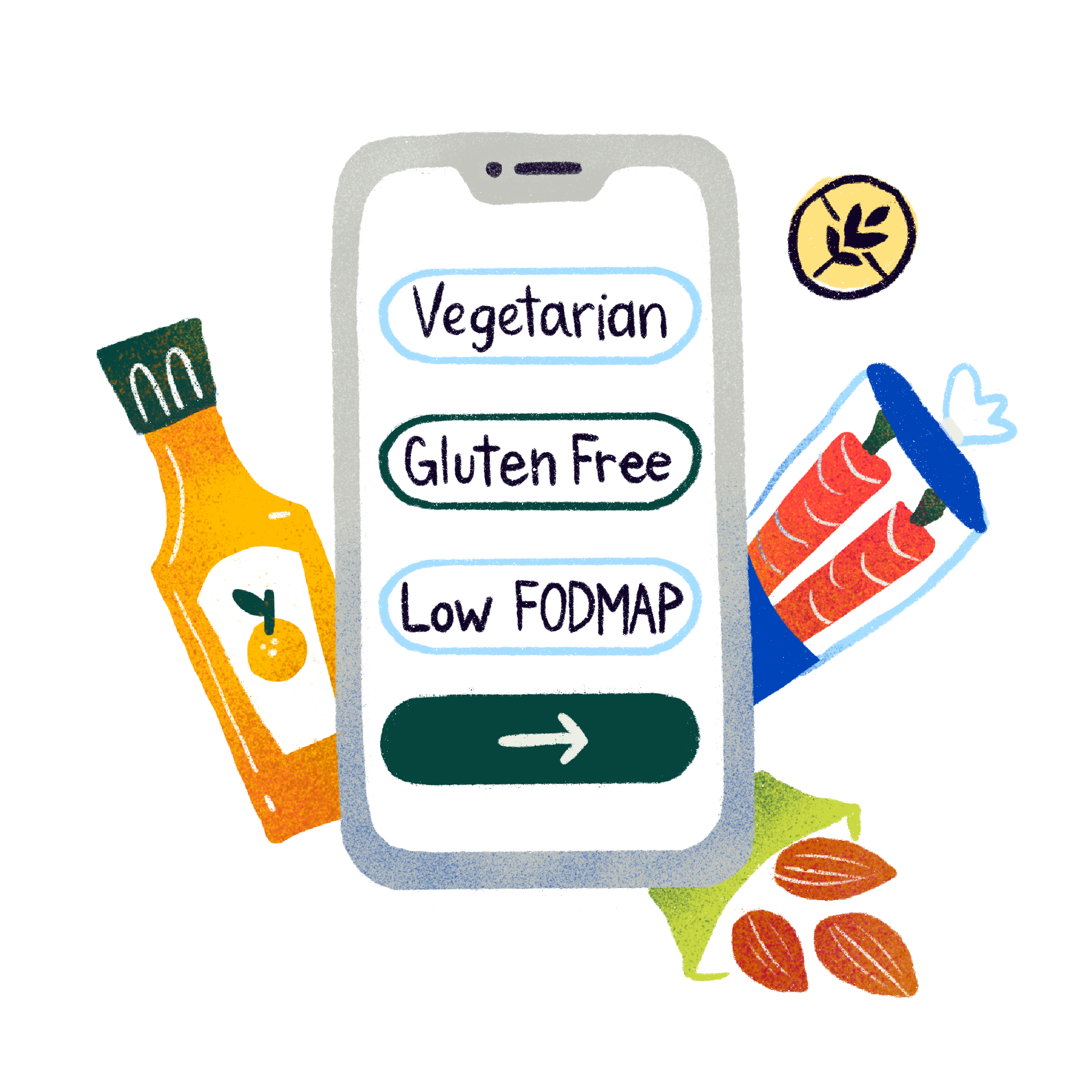